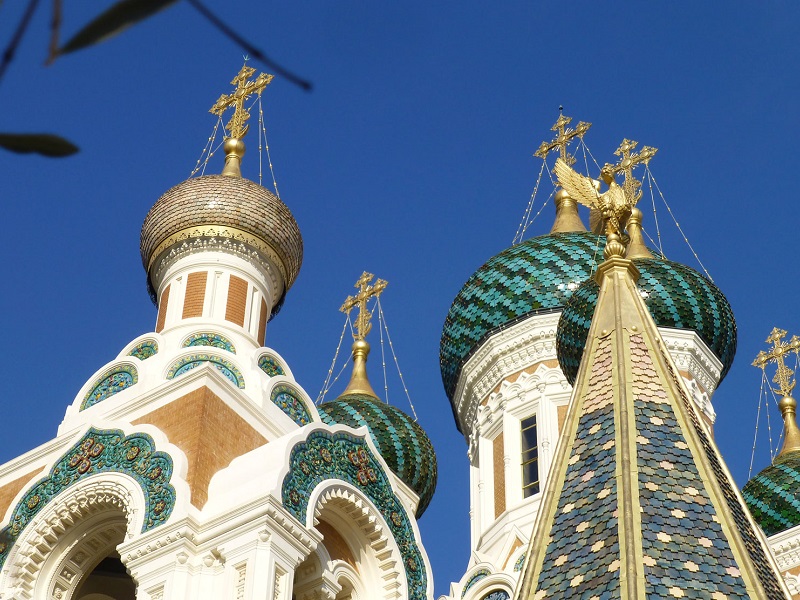 Matisse Museum: the museum is situated on the hill of Cimiez, not far from the Franciscan monastery with its gardens, the Hotel Regina, where Matisse lived, and the Gallo-Roman ruins. Since the 5th of January 1963 the Museum has been welcoming visitors who have been able to admire the collection of works left by the artist (and his heirs) to the city of Nice.

Chagall Museum:  result of Chagall’s donation to France, this museum built 1972 houses the most important permanent collection of the painter’s work.

The Museum of Modern Art: designed by Bayard and Vidal, it presents French and American avant-garde movements from the 1960s to the present.

The Russian Cathedral: built in 1912, the Cathédrale Saint-Nicolas is famous for its six gilded onion domes and its façade of ochre brick. It is the biggest orthodox cathedral outside Russia.